Today there are few reminders in the landscape of the early inhabitants of Doagh. Agricultural improvement in recent centuries has resulted in the loss of much of the area’s archaeology. 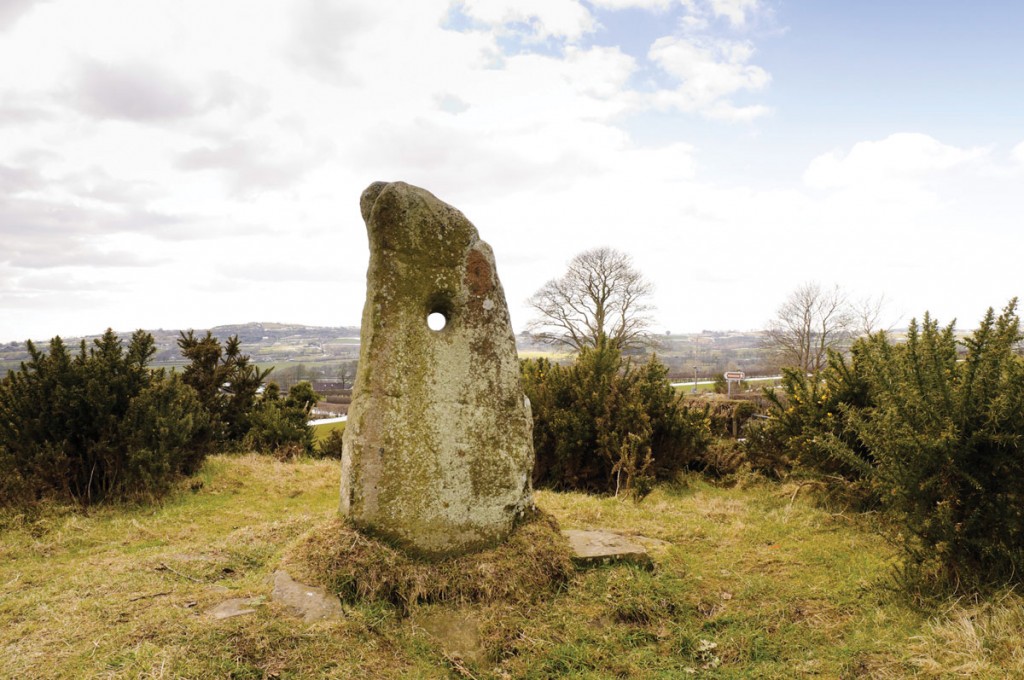 However, there is no doubt that people have been living in Doagh for millennia even if the physical evidence for their presence is now hard to identify.

One of the most important monuments of past times in the vicinity of Doagh is the curious megalith, just over 5 feet high, with a hole bored through it that stands on a hill overlooking the village.

It gives its name to the townland in which it is situated, Holestone. No-one is sure when it was erected – the prehistoric period has been suggested – and neither is it clear what its purpose was. Traditionally it is thought to have been a place where pledges (marriage or otherwise) were given – where couples clasped hands through the hole in the stone. 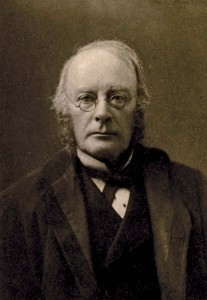 In February 1177 the Anglo-Norman knight John de Courcy set out from Dublin on a daring expedition to Ulster, seizing the Kingdom of Ulaid. Across the area controlled by the Anglo-Normans a series of earthen mounds, known as mottes, were constructed by the principal followers of De Courcy. One of these was at Doagh and it still survives today.

1 Of the inhabitants of Doagh at this time we know very little, though in exchequer accounts for Ulster from 1260-61 John de Douach and his wife Ranilda are listed.

There was also a church in Doagh that served as the focus of communal worship for the people of the Grange of Doagh (which also included Ballyclare, Coggrey and a small portion of Kilbride townland).

When exactly it was founded is not known, but c.1251, the Bishop of Connor confirmed possession of the Church of St Mary of Doagh (Ecclesia Ste. Marie de Douach) to the priory of Muckamore. An inquisition of 1605 found that the prior of Muckamore was required to maintain a curate at Doagh. In the papal taxation roll of 1306, Ecc[les]ia de Douach appears with a value of 2½ marks.2 This is a relatively low value when it is considered that the church at Kilbride was valued at 10 marks, that at Ballylinney at 9 marks, and the church at Rashee at 6 marks. The fragmentary ruins of this church can still be seen in the graveyard in Doagh. 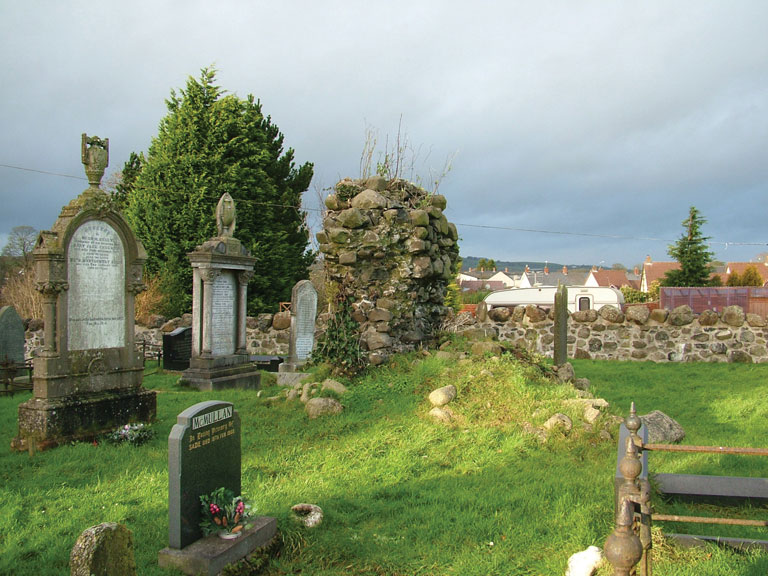 In the early 1300s Doagh, or Douagh, was one of three important manorial strongholds in the ‘County of Antrum’, the others being at Antrim and Dunadry. Fortnightly courts were held at Doagh. The impact of Edward Bruce’s campaign of 1315-18 on the Earldom of Ulster was devastating. It is believed that the motte in Doagh was destroyed at this time.

According to an inquisition held in Carrickfergus in 1333, in the aftermath of the death of the Earl of Ulster, the demesne lands of 120 acres were worth nothing due to the absence of tenants. In this inquisition a John Le Masoun was noted as holding 10 acres in Doagh.3 After this the historical record again falls silent on Doagh. 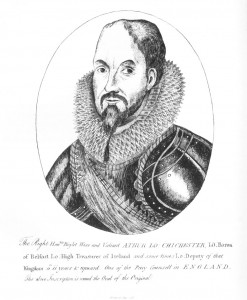 As a result of changes to landownership and the settlements of the seventeenth century, the character of the Sixmilewater valley was transformed. At the beginning of the 1600s, Sir Arthur Chichester acquired a huge estate in south Country Antrim. This included lands in the Doagh area.

Chichester is credited as the man responsible for laying out a large deer park in neighbourhood of Doagh – Parkgate takes its name from the fact that it was one of the entrances to this park. Another entrance lay between Doagh and Ballyclare and was known as the Thorndyke.

What exactly was happening in Doagh in the early seventeenth century is something that we cannot be certain of. It seems probable that Scottish settlers arriving on the east Antrim coast were pushing inland along the Sixmilewater valley and many were acquiring farms in the Doagh area and setting up home here. It is not until the 1650s and 1660s that we can gauge the impact of Scottish settlement in this district.

The hearth money roll of 1669 shows that Scots were overall very much in the majority in the Sixmilewater valley. In Doagh at that time the surnames included: Adam, Allen, Bell, Browne, Hamilton, McNeely, Porter, Rea, Rowan and Wallace.4 As a result of the immigration of these families, the area became strongly Scottish in character. The impact of the Williamite War was felt in the area in the winter of 1689-90 when Danish troops were billeted on the inhabitants of Doagh, Donegore, Kilbride and Rashee.

1 It has also been suggested that this feature is a rath. It may be the mound that gives Doagh its name (Cox, History of the Parish of Kilbride, p. 13).